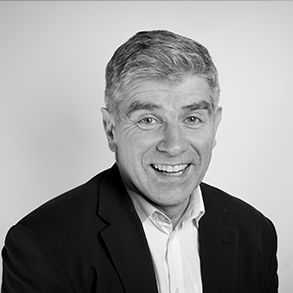 He has over 25 years’ experience in broadcast television, working for 10 years as a Facilities Manager at a London based Independent TV company. He then joined BBC Resources working as a
Sales Executive at BBC Central Sales & Marketing where he built an extensive knowledge of Studios, Post Production, Graphic Design, Visual FX, Feature Film and Broadcast Presentation.